I noticed a tweet by Wiley Nursing on a special issue of Nursing Inquiry called Beyond the Gender Binary which really grabbed my interest. All the articles are open access in this edition so anyone can view which is a great bonus as well as the challenging topics in this edition.

I chose this article as it made me reflect on my own nurse training and also education delivered as an educator that we talk about ‘holistic’ care but we still consider gender in binary terms. Eliason discusses the ’embedded language’ in the traditional view of the nurse and doctor in terms of gender.  What about our nurse training, is this ’embedded language’ still used for describing the patient or client and gender stereotypes? Have we moved on to discuss LGBTIQ in nurse training and specific care requirements?

“In the nursing literature, the “we treat everyone the same” mantra has been the most common response to challenges to provide quality care to LGB patients/clients.”
“Now we are in the very eye of the storm of the third phase, that of discussing how nursing addresses, or should address, care of people who identify as transgender, genderqueer, or are otherwise gender non-conforming.”
“Questions are being raised again that echo what some of the early feminist were asking: What constitutes gender? What makes a person male or female? Is it nature or nurture; essential difference or social construction? Why do we attach such wide-reaching significance to simple anatomical differences, so that we assume the physical differences drive personality, communication patterns, athleticism, leisure activity preferences and so much more? Why have we become so obsessed with who uses what bathroom? What if there are more than two genders (and more than two sexes), and how will this impact nursing practice?”

Gender discrimination is complex and we nurses will likely be biased in our own socialisation and experiences. On a personal level I attended LGBTIQ training to be part of the ally network and to gain some understanding of the complex nature of gender and also the discrimination that occurs in society. As Eliason states,”nursing will need to undergo a transformation starting with critical awareness of the existence and impact of the gender binary.” 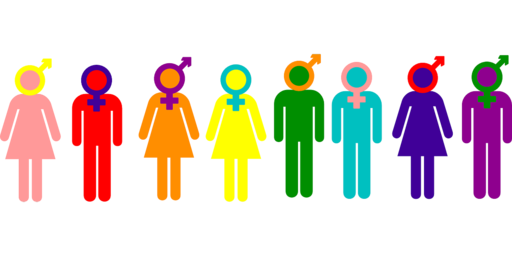 Nursing Enquiry (2017) Beyond the Gender Binary

Miller, I. (2017) Nursing people with LGBTIQ self-identity. The Nurse Path

This site uses Akismet to reduce spam. Learn how your comment data is processed.